Last evening, Saturday 8th October 2016, found me taking signed copies of Escaping Hitler to the 10th Birthday party of Attleborough Heritage Group.  Joe was sadly indisposed and not able to join me, but the good people of Attleborough welcomed me and my books into a hall full of bunting and good cheer!  For it was the Group’s 10th anniversary and they were celebrating the success of this innovative group of local historians by updating members on the research that led to various presentations over the past ten years.  The Connaught Hall in Station Road was full of fascinating individuals, each of whom had their own specific  interest and specialities.  Victor and I enjoyed the evening immensely and were privileged to meet people who remembered the Railway Carriages where Joe lived with his new in-laws as a young married man in the late 1940s.  I was able to show them photographs and documents representing the Skitmore family which had adopted the German refugee as their own after he had fallen in love with Jean Skitmore when they were both serving in the Army.  I sold a number of copies and left feeling I knew far more about the Norfolk market town of Attleborough than I did before I arrived.  Thanks to Cliff, Jacqueline and Jenny Amos for their hospitality and kindness. 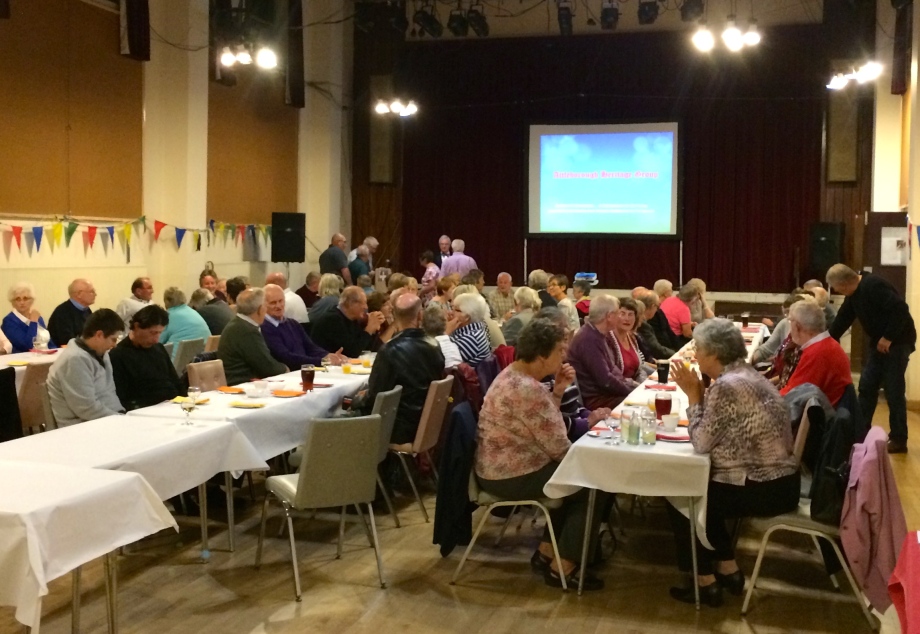