This morning I had the honour of being the guest of Joe Stirling at the Act of Remembrance hosted by Norwich City Council.  I stood with him on the famous balcony of Norwich City Hall, where the Queen and other members of royalty have stood on special occasions since the late 1930s.  The sun shone and the soldiers, both young and old, looked magnificent in their uniforms and medals. The clergy and the choir from St Peter de Mancroft Church turned out in their snow white surplices.   The Salvation Army provided the music and the Two Minute Silence followed by Reveille was moving as always. The Lord Mayor, Marion Maxwell looked splendid in her gown and hat as she laid a wreath alongside those from the service groups, including of course The Royal British Legion.  Another great Norwich Civic Event, witnessed by a good crowd of locals and shoppers.  Thanks to Joe for inviting me.

Age shall not weary them nor the years condemn

At the going down of the sun and in the morning

We will remember them. 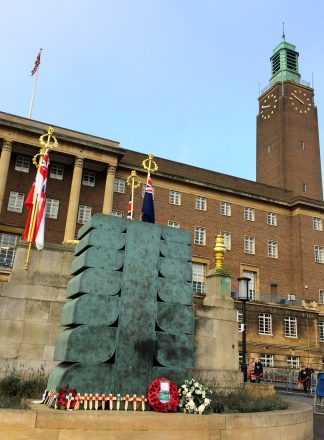 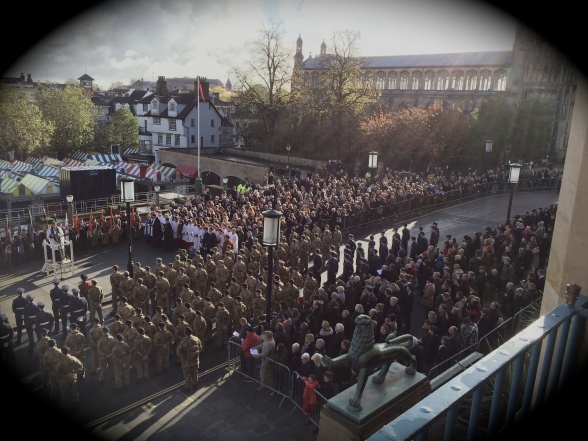 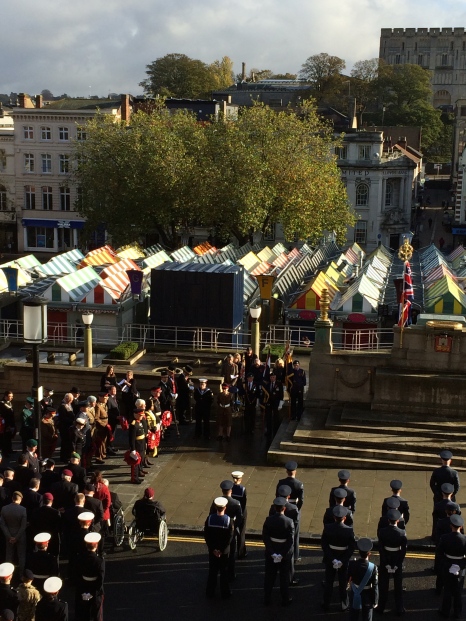 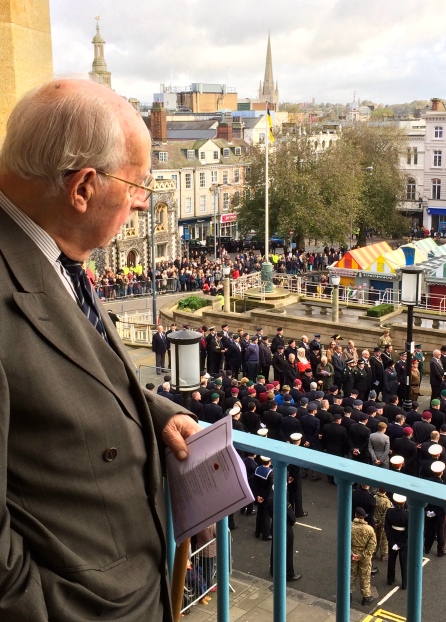 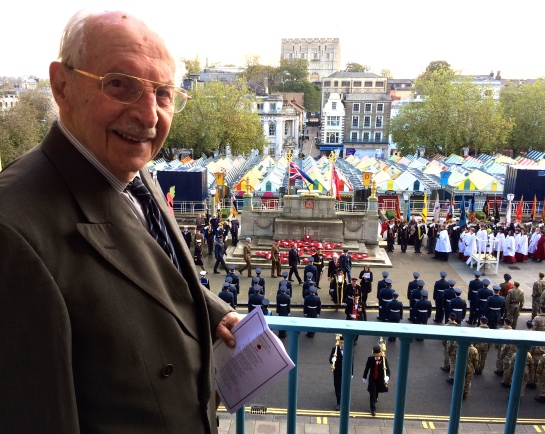 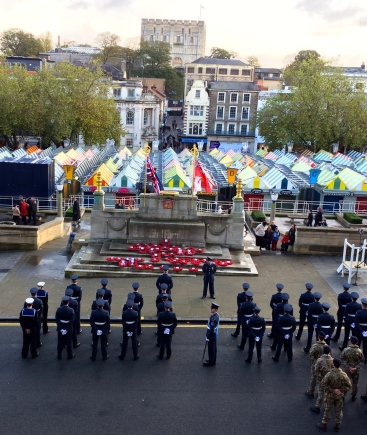 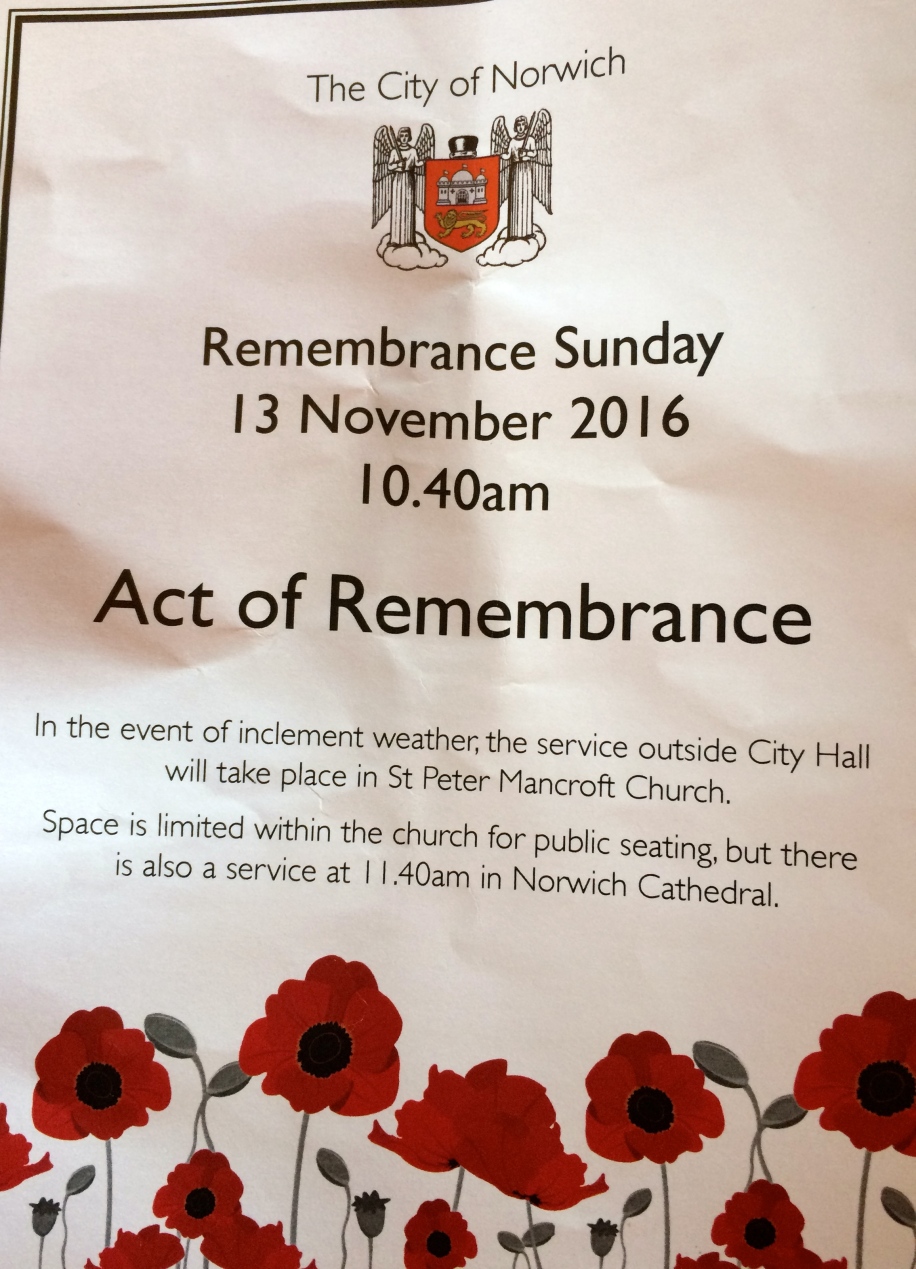 One thought on “Remembrance Sunday 2016”