It was with great sadness today that I learnt the news of the death of Roy Blower, Lord Mayor of Norwich in 2007, “Superfan” and fundraiser for Norwich City Football Club, and one of Joe Stirling’s closest friends.  Roy suffered from progressive Parkinson’s Disease for many years, and died peacefully this week with his wife Beryl and family members by his side.  Roy gave me tremendous support when I was researching Joe’s political life for Escaping Hitler, sharing stories of his youth when ‘Mr Stirling’ helped him join the Young Labour Group when Roy was just sixteen.  Roy remained a loyal fan of Joe for the rest of his life.  Below you will find an excerpt from the book.  Roy was a fun man, always ready with a smile and a joke.  Everybody loved Roy and the City of Norwich will miss him.

‘By 1960 Joe’s political career was escalating. A firm supporter of democracy, he chaired a number of sub-committees at City Council, at the same time holding positions within the Norwich Labour Party. These included Chair of the Finance Committee, Political Education Officer and Youth Officer. It was through this latter post in 1958 that Joe first met Roy Blower, a fifteen-year-old schoolboy from Lakenham Secondary School. Roy was an energetic member of the Young Socialists, but not yet old enough to become a card-carrying member of the national Party. He approached Mr Stirling to ask whether the Party might permit him to join early, his sixteenth birthday seeming such a long way off.

Although this breach of the rules was clearly out of the question, Joe admired the boy’s enthusiasm, putting him to work delivering bundles of campaign leaflets as well as offering additional responsibilities during social evenings held at the Herbert Fraser Hall twice a week. Curious, Roy asked others about Mr Stirling’s long involvement with the Labour Movement. He was struck by the man’s genuine interest in him and the respect he commanded from all who met him. On 6 April 1959 Roy was finally sixteen. His membership card was already prepared. It was the start of a lifelong association with local politics; Chairman of the Young Socialists by twenty, two years later sitting on the

Regional Executive. This was just the start. The coming years would see Roy fulfilling many of his early political ambitions.’ 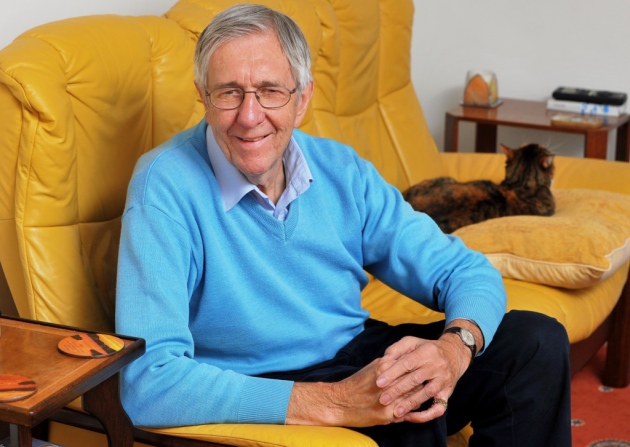