Yesterday, amongst all the gloom of the Brexit vote, I received one ray of sunshine.  This first photograph is of the lady whose family moved into Görgenstrasse 6 (second photo) late in 1939, the same block of apartments in Koblenz, Rhineland, where Ida and Alfred lived since January of that year, when Alfred was released from Dachau.  Ida and Alfred Stern, as you will recall, are Joe Stirling’s parents who perished in the Holocaust. By the time the new family moved in, Günter Stern (Joe’s birth name) was in England, having arrived here in July 1939 on a Kindertransport.  Following my recent book events in Koblenz and Nickenich, directly resulting from coverage in the local Rhineland newspaper, Rhein-Zeitung, I received this email from Hildegard Rockenfeller.  I quote:

“My mother is the daughter of Anna and Anton Marzi living in Koblenz in Görgenstraße 6 during the 2nd world war. She vividly remembers Alfred and Ida Stern who were living on the 3rd floor in the same house by then. My mother is 90 years of age by now, she didn’t know Joe Striling personally, he already had gone to England when my mother and her family moved into the house in Görgenstraße 6. My grandparents had 4 children, 3 sons and a daughter, my mother. One of my mother’s twin brothers also was named Günter. The twin brothers are still alive, her eldest brother Kurt died in 1999. My grandfather Anton was a shoemaker and had his shop on the groundfloor in Görgenstraße 6. My mother always speaks with great respect of Alfred and Ida Stern, she liked them very much.”

I hope that both Hildegard and her mother enjoy reading about Joe’s escape from Nazi Germany and that his biography will bring back fond recollections of Alfred and Ida Stern for Hildegard’s mother. May their memory live on.

Yesterday afternoon I had the pleasure of speaking to a room full of eager book lovers, all of whom had bought tickets for the Vintage Tea Party with Phyllida Scrivens, as featured in the programme for Mulbarton Words Week, a festival of all words, spoken, read or sung.  Take a look at their Facebook page for more information.

The audience was attentive, knowledgable, inquisitive and friendly! The cakes were delicious and the tea refreshing.  I sold a number of copies of Escaping Hitler and came away with many accolades for both my presentation and my vintage dress! 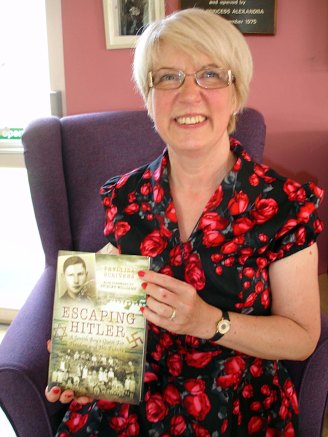 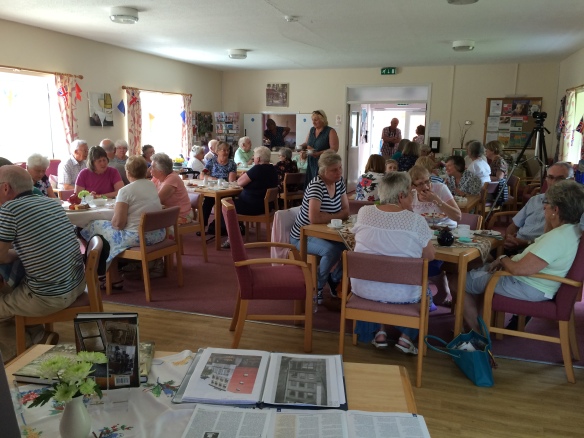 As a result of the recent articles in the Rhein-Zeitung in Koblenz and surrounding areas, on my book events in Koblenz and Nickenich, I have received an email from a lady called Hildegard.  She lives about 20km from Koblenz and when reading her newspaper recognised the last known address of Alfred and Ida Strern, the Jewish parents of Günter Stern, now known as Joe Stirling, the subject of my book Escaping Hitler.  Hildegard’s mother, now 90 years of age, moved with her family into the same block of houses,next door to the Sterns, some months after little Günter had climbed aboard his Kindertransport to freedom. Over her life Hildegard’s mother had often spoken of the Jewish couple who were taken away by the Nazis in 1942, remembering them fondly, especially her neighbour Ida.  Hildegard has now requested to buy a copy of my book for her mother to read about what happened to Ida’s son, the boy she no doubt spoke about often.

Wonderful enough to receive this email, but even better, Hildegard has now kindly sent me a photo of the block of houses in Görgenstrasse, Koblenz, from the autumn of 1939, shortly after her mother moved in with her parents. It is believed that the Sterns lived on the upper floor.  This is a wonderful image from the past. I would like to share with you now the photograph, alongside the one of how the building looks today.  Outside the house  there are now two Stolpersteine (engraved brass plates) in honour of Alfred and Ida.  This journey with Joe just keeps on giving. 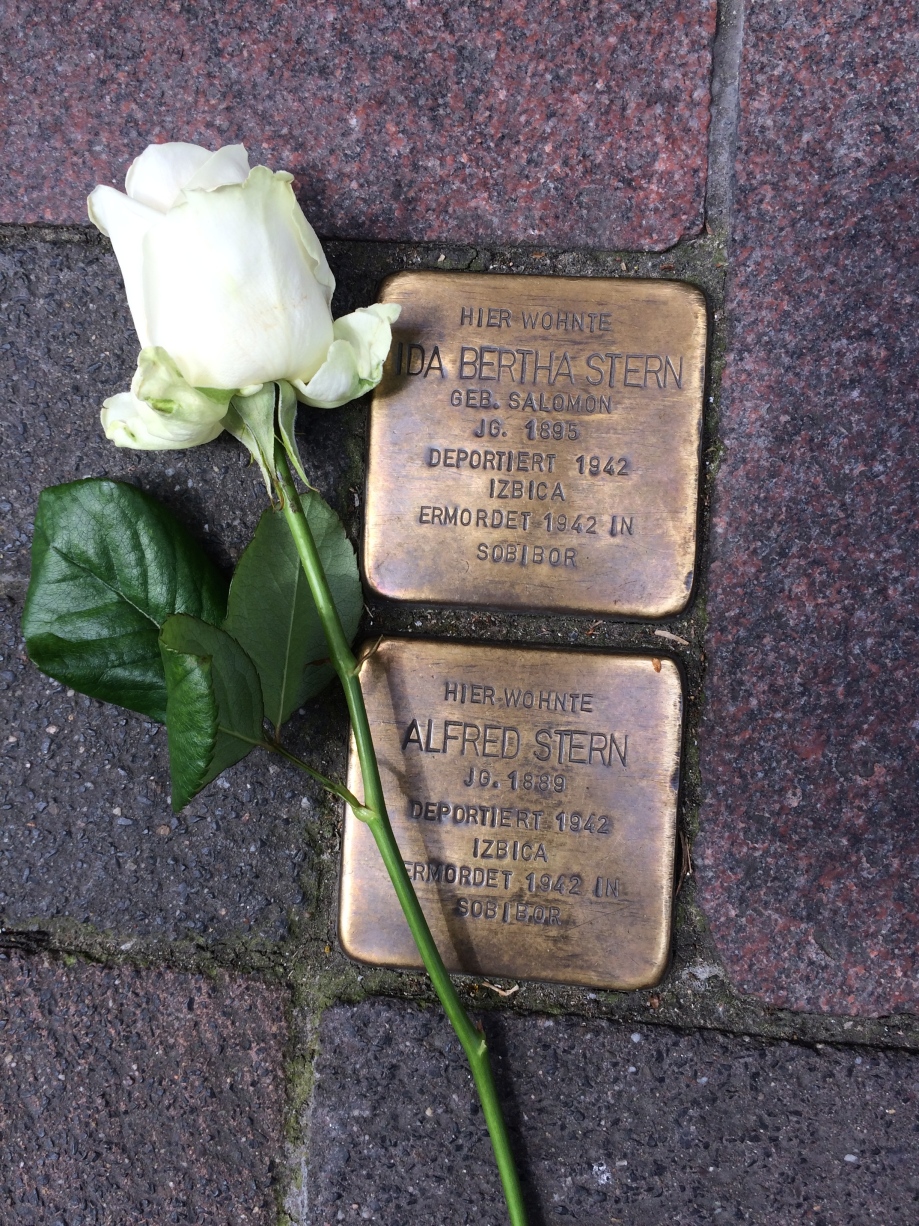