I can hardly believe it – I have received an email from a feature journalist with the Archant glossy publication ‘Norfolk Magazine’.  Rowan Mantell, one of the senior writers wants to interview me for the January edition about my book Escaping Hitler, Joe’s life and how it all came about.  She has requested a ‘publicity shot’ and a photo of the book cover.  I will be going into the Newspaper office next Monday.  It will be very strange being interviewed having spent the past five years interviewing Joe and over 35 others for my research!  The marketing machine is really cranking up! 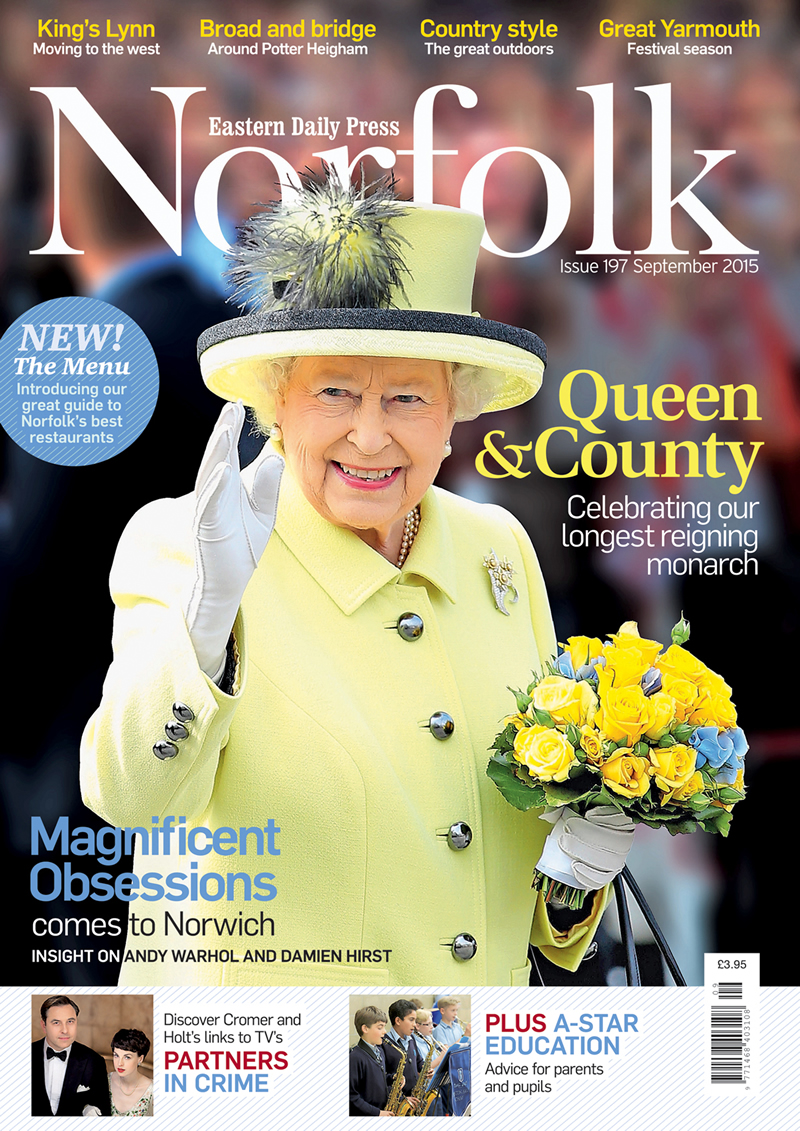 Tonight, 18th November, I had the pleasure of taking  stories from Escaping Hitler to the good people of the Cringleford Historical Society, just outside Norwich.

Over fifty people came to listen to me talk about Joe Stirling’s life, my research techniques and publication journey.  It was wonderful to see so many faces, all listening attentively, and to field a good number of intelligent questions.

I tried not to give away my best anecdotal stories but some people did twist my arm.  It is very easy after four years to get a little too familiar with the tale of Günter Stern and his early life in Nazi Germany, so to watch the faces of people hearing it for the first time is always priceless.  Unfortunately no real books to sell quite yet, but I did take some names of those who wish to be kept informed, and all my marketing postcards disappeared!

I really enjoyed the evening and am very grateful to the Society for inviting me along.

In the first month of 1940, during a particularly hard winter, young Günter Stern arrived by steam train into the town of Lydney in Gloucestershire.  Only five months earlier he had arrived in England on a Kindertransport, fourteen years old with only one small suitcase.  His guardians, the Free family of Birmingham, secured him a place at Yardley Grammar School, only to find the school evacuated to Lydney before he could even begin his education.  So began three years in a classroom, on the playing fields and walking in the Forest. The boy from the Rhineland is to this day indebted to the wonderful people of Lydney, particularly Eddie and Doris Allsopp, who took him into their hearts and made the boy into the man who become Joe Stirling less than a year later.

I am delighted to say that in April next year I will be taking the boy back to Lydney.  Not the real one, sadly at 91 he will not travel that far, but his biography, Escaping Hitler: A Jewish Boy’s Quest for Freedom and His Future.  His story of life before Lydney, the people and places in Lydney which shaped the rest of his life, his future once he left there for ever. The photographs that reveal so much.  I have been invited by Lydney Town Council to be a part of their Annual Town Meeting, give a short presentation and display the book for their interest.  It will be a pleasure. 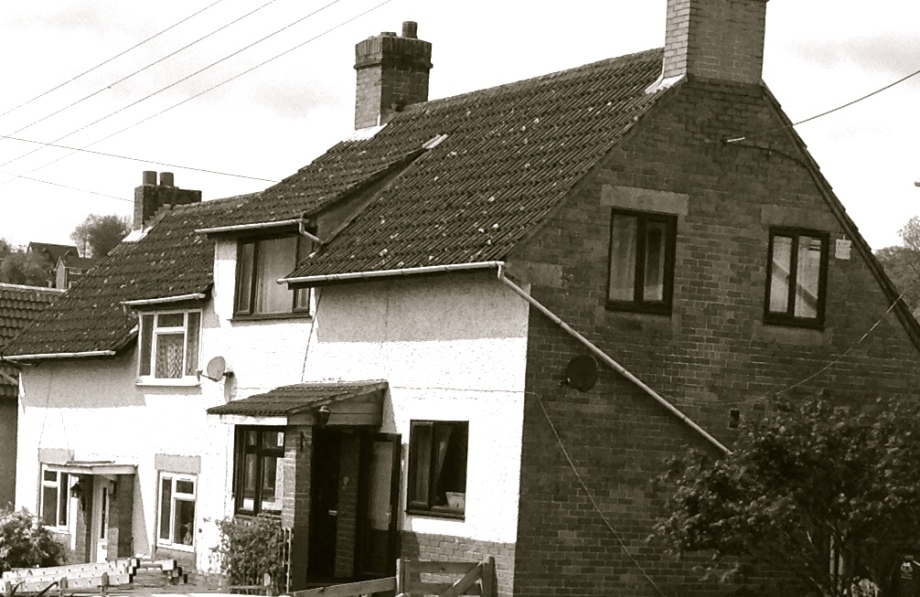 Photos show the house in Springmeadow where Gunter lodged with the Allsopps, and Lydney station where he would have arrived, excited but nervous, about to start his education.

Today, 9th November 2015, marks the 77th Anniversary of Kristallnacht (Night of Broken Glass) in Germany and Nazi-occupied territories.  It was the night when people turned against their fellow Germans, just because they were Jewish. Joe Stirling’s family was affected, even in their small farming village of Nickenich. As a 14 year old boy he watched as his beloved father was forcibly dragged from their home without explanation or knowledge of where he was being taken.  What happened to the boy and his mother is recorded in Escaping Hitler: A Jewish Boy’s Quest for Freedom and His Future (with foreword by Shirley Williams), my debut biography of this now 91 year old man living in Norwich, Norfolk, U.K. The book will be published in January 2016 by Pen and Sword Books with the official launch in Jarrolds Department Store in Norwich on 4th February.  Please find my Facebook page for Escaping Hitler and add your ‘like’ to the 200 others to be kept updated on publication dates, signings and how to get hold of your copy signed by both the author and by Joe Stirling (born Günter Stern in Nickenich, Rhineland).

Take a look at the Facebook page of the United States Holocaust Memorial Museum in Washington D.C. to see interviews and footage of survivors talking about that terrible night.  We must be thankful it was not our families and never forget.

I was saddened to read this morning that the U.S. Kindertransport Association have called time on their annual conferences with so few Kinder left alive or unable to attend through ill health and age.  I believe London is still going strong as is 91 year old  Joe Stirling of Norwich.  His story of arriving in England from Nazi Germany on the Kindertransport features in my debut biography Escaping Hitler, available from January 2016.    May the memory of those brave young people and their parents who sacrificed so much live forever.

Between November 1938 and the start of World War II, the Kindertransport rescue movement saved the lives of nearly 10,000 children, transporting them out of Nazi Germany, Austria, Poland and Czechoslovakia to safety in Great Britain. After the war, HIAS helped many of the Kinder resettle in the U.S.

In 1989 in London, England, the Kindertransport Association (KTA), held a reunion for Kindertransport survivors. Since then, there have been meetings throughout the United States. This October KTA’s 13th national conference was held outside Detroit, Michigan. The event was bittersweet as it was also the last KTA conference, as fewer and fewer Kindertransport alumni are still alive or able to travel to such gatherings. HIAS president Mark Hetfield gave the keynote speech at the conference’s final dinner.

“I was honored to talk to this group. They know better than most the importance of the work that HIAS does now, having been refugees themselves,” Hetfield said. “They are our inspiration to make sure that refugees are protected, and that refugee families are protected.”

Today, HIAS works to help children and families of all religions escape from persecution. This mission has been enthusiastically championed by Manny Lindenbaum, one of the Kindertransport survivors, who attended this year’s conference. In 2014, at the age of 83, Manny decided to retrace his refugee journey backwards, from Poland to Germany, on a bicycle. He made the journey, along with his grandchildren, to raise money for HIAS programs in Chad in honor of World Refugee Day.

“The lessons of the Holocaust are not forgotten. They are very much alive in the way that we treat refugees today. In that sense, it was natural for HIAS to be present at the last Kindertransport conference,” Hetfield said.

Even with a further ten weeks or so to publication, the word is out there and people want to hear the story of Joe Stirling’s remarkable life and how my debut biography Escaping Hitler: A Jewish Boy’s Quest for Freedom and His Future (with foreword by Shirley Williams) came about.   I now have nine speaking engagements in the diary including Cringleford Historical Society, Old Catton, Brooke and Norwich Lunchtime Women’s Institutes, Wymondham Heritage Society, the Out and About Club in Norwich, Mid Norfolk Family History Society, East Anglia Women Networking Group and, of course, Nickenich in the Rhineland on 13th May.  I will be brushing up my public speaking skills in readiness, I certainly am not short of enthusiasm!