Here is the second blog dedicated to celebrating the launch of Escaping Hitler by Skyhorse Publishing in USA on 10th January 2017.  This quotation from the book refers specifically to the first Lions Clubs International Convention attended by Joe Stirling, when he was both a District Governor and the official tour guide for the British contingent.  He went on to lead 20 further consecutive trips.  Enjoy! 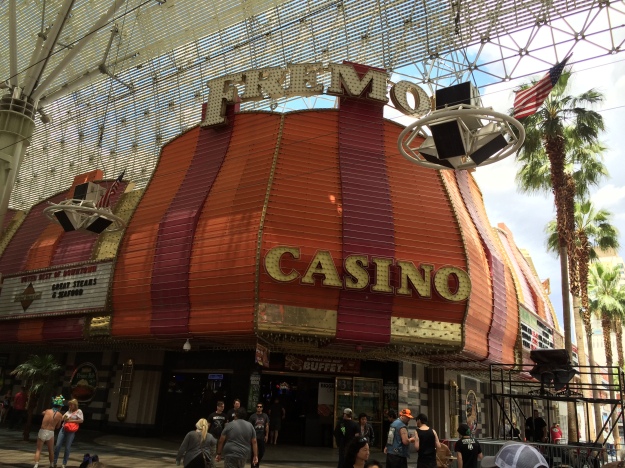 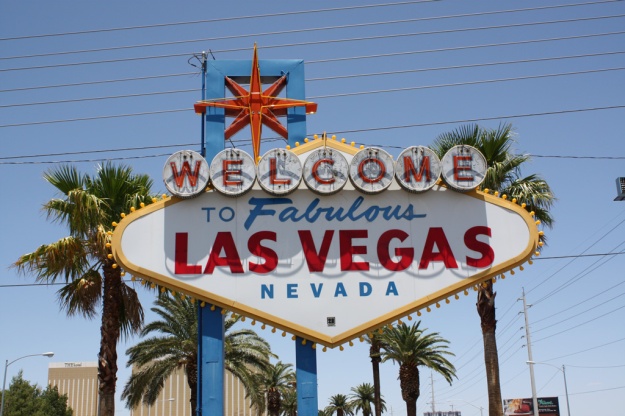 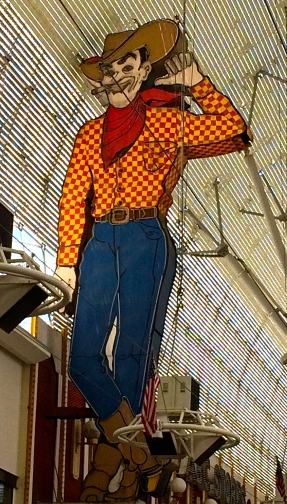 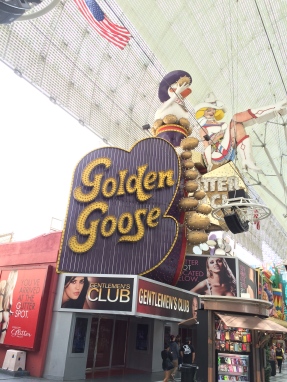 Joe spent the next few weeks planning every aspect, leaving nothing to chance. The Convention opened on 22 June with Joe and his colleagues obliged to arrive four days earlier in time for District Governors’ School. His planning was meticulous. This trip would involve far more than just a Lions Convention.

Flights into New York led to a couple of days riding yellow cabs, taking the elevator to the top of the Empire State Building and a ferry to the Statue of Liberty. It was just like being in a movie. An internal flight to San Francisco, almost as far again as London to New York, took them the Golden Gate Bridge, Fisherman’s Wharf and views over the Pacific Ocean. Finally it was time to discover the playground city of Las Vegas.

As the party descended the aircraft steps, they hit a wall of air measuring 107o Fahrenheit. The transfer bus, thankfully fitted with air-conditioning, drove down The Strip and Fremont Street, the British delegates and the ‘lady from Nor-wich’, gawping through the windows. Had they landed on a different planet? Cocktail lounges, topless clubs, ‘Coin Castle’ amusement arcade with its 20-foot cowboy figure in neon-yellow shirt and ten-gallon hat, stood alongside the outrageous hotel-casinos; ‘Silver Spur’, ‘Flamingo Hilton’, ‘Lady Luck’, ‘The Sands’ and ‘Bonanza’. There was great excitement amongst the ladies when passing the enormous billboards announcing Tom Jones playing Caesars Palace and Elvis himself appearing at the International Hotel. Lovingly polished Chryslers, Plymouths and Cadillacs cruised past the bus, ferrying long-legged showgirls to work. Strolling the streets were 15,000 Lions and their wives, recently arrived from all over the world.

While husbands attended District Governor classes, Jean, the other wives and the ‘the lady from Nor-wich’ experienced a breathtaking flight over the Grand Canyon in a light aircraft. What tales they brought back to the hotel! Every building with a roof was air-conditioned, kept at a manageable level of around 70o. Outdoor social activities were reserved for after sunset, when the temperature dropped to a ‘cool’ 82o. In keeping with tradition, the incoming DGs from every country led their contingent in the Grand Opening Parade through the city streets, national flags proudly held high. Setting off at 8 p.m., the parade was loud, brash, colourful and vibrant with decorated floats and flotillas of extravagant cars, accompanied by baton-twirling cheerleaders. By the time the final contingent crossed the ‘saluting base’, duly acknowledging the outgoing International President, the sky was black, city lights obscuring the cosmos above. Wives, officials, tourists and locals packed the streets, cheering, applauding and straining to catch as much as possible of this spectacular event, laughing aloud at ‘Lord’ Dawkins of Andover from the British contingent who strolled along the Strip in City of London attire of bowler hat, rolled umbrella and copy of The Times. Joe had never heard the Lions’ inspirational song, ‘Don’t You Hear Those Lions Roar!’ performed by quite so many people.

Inside the vast convention hall the opening speeches included news of the extended Lions Headquarters in Oakbrook Chicago, now complete and doubling its space. Earlier in the year Lions had seen the formation of Club number 25,000. The honour went to the small wine-growing town of Fredericksburg in Texas. It was a hectic few days with Joe keen to hear every key speaker, attend fringe meetings, join in debates, vote on decisions and meet with like-minded Lions, never losing sight of his responsibilities as a tour leader. The final day of the convention arrived. Jean took her seat for the Installation Ceremony, the highlight of the entire event. She was weary of the non-stop fashion shows, coach tours into the desert, wives’ tea parties and boozy sessions long into the night, having to keep that smile going all the while. But it was Joe’s special moment. She was ready. With International Officers for the coming year introduced and welcomed, it was the turn of the incoming District Governors. Hundreds of men, tall, short, balding, bespectacled, thin, not so thin, hailing from all continents, marched into the hall under the flag of their nation. The welcome from the audience was deafening, close to pandemonium in the hall as loyal Lions cheered their friends and colleagues. The International President, industrial engineer Robert J. Uplinger from Syracuse, New York, gave the instruction to pull the ribbons, previously pinned to the lapels of the shiny new DGs, revealing the special metal badge confirming their new rank. Not since her wedding day had Jean Stirling felt so proud of her husband.