Both Joe Stirling and I were saddened last week to hear of the sudden and premature death of Gottfried Busch, the honorary Mayor of the Parish of Nickenich, Joe’s birth place in the Rheinland.  Herr Busch had been a member of the local council since 1989 and honorary Mayor (Ortsbürgermeister) since 1992.  He was well loved in the village and followed this blog with a keen interest.  It was Herr Busch who invited me to visit Nickenich in the May of 2016, five months after Escaping Hitler was published.  We found him a delightful generous man, who welcomed us and offering us his hospitality.  The photo shows Herr Bush and I following my presentation to the people of the village.  A few weeks later I received a bulk order for the book, to be given out as gifts to visiting dignitaries.  I was honoured to supply them to Nickenich Council.  Herr Busch died on 17th May 2018, at  sixty-nine years old.  He leaves his wife Lydia and children Sebastian, Patricia, Marco and Leandra.  Joe and I send our condolences to the Busch family and to the people of Nickenich. 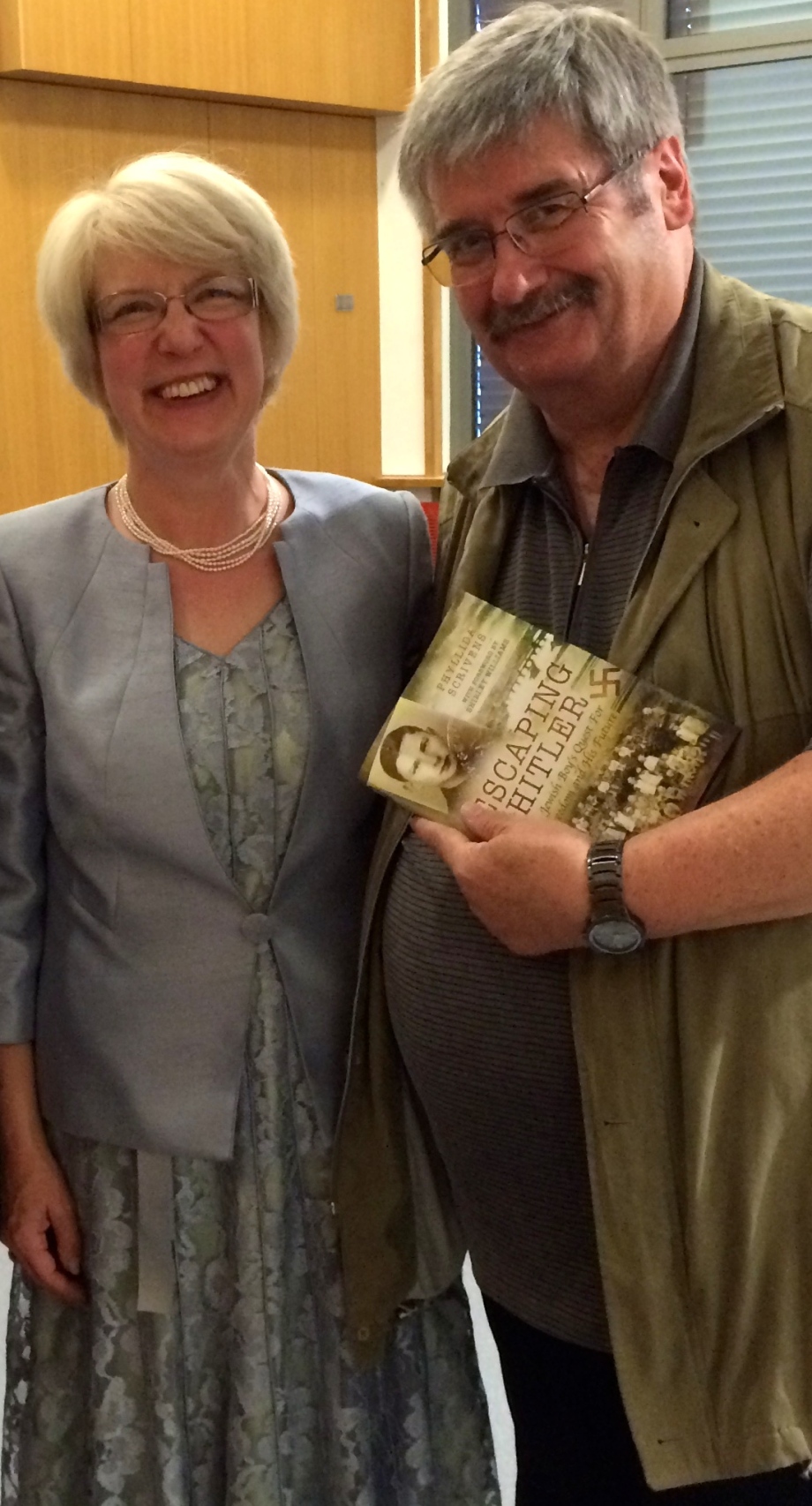 Biographer Phyllida Scrivens and former Mayor of Nickenich, Gottfried Busch in Nickenich during May 2016.